If you have landed on my website, it means you must love opera. That makes at least the two of us right here, right now. We singers yearn to show ourselves, as predestined by our voice type, in a variety of wonderful roles entrusted to us by brilliant authors. We take part in this divine play with all our hearts and all our personalities, bringing characters and destinies into life in the live dramatic reality and beauty of the opera. It is a great adventure to wander in the emotional labyrinths of heroes and antiheroes, experiencing their relation to life, death, and love.
Let me welcome you on this path that leads to an exciting world. I am delighted if you join me on the journey!

For his artistic achievements Kalmandy was awarded the title Kammersänger at the end of the theatrical season 2012/13. In spring 2015, the audience chose him as a new member of the Society of Immortal Artists, an honour which resulted in his footprint being immortalised in the pavement of Budapest’s theatre district. He has also been awarded the prestigious Juventus-, Bartók-Pásztory– and Melis György-awards. In November 2018 he has received the Závodszky Zoltán-award for his uniquely outstanding Wagner-interpretations.

In spring 2019 he has been awarded with the highest Hungarian state award for artistic achievements, the Kossuth-prize.

Michele Kalmandi brought to stage an Amonasro meticulously elaborated both in the acting and in the singing, placing a much greater emphasis on the mental processes of the character, rather than his wildness, which led to a uniquely intriguing portrait of the role.

Michele Kalmandi, a balanced baritone with a warm and solid tone, embodied Rigoletto as a genuine father figure. It was a true artistic achievement.

As expected, the best character was Kálmándi’s Iago. His impressive appearance incorporates everything one imagines when thinking of what „dark charisma” can mean. In addition, we hear a sonorous, rich voice that perfectly mirrors the temperament. Kálmándi’s Iago is forceful, cynical, honest and truly believes in a cruel God; yearning for this belief to be proved right, he easily disposes the dark side of Othello, unleashing a huge fire from a tiny spark. Kálmándi is the only member of the cast who is strong enough to be in harmony with the setting, using it to his own benefit. 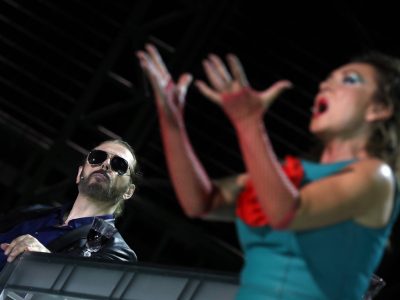 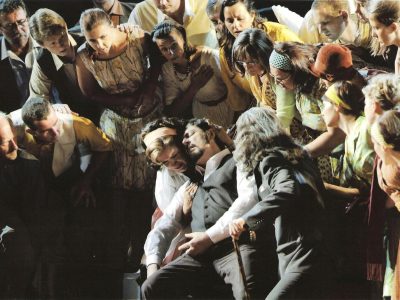 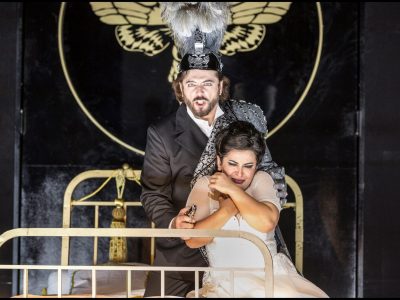 Kalmandy finds it important to support young colleagues through passing on the old Italian school of singing. A passionate, energetic teacher, he is much sought after and gives master classes whenever his schedule allows it. His students have described him to be as accurate as a brain surgeon in his vocal demands while offering solutions in a blink of an eye, but never stopping to be absolutely selfless, fun, and kind.

His master classes are regularly visited by singing professors, vocal coaches, and piano accompanists as well.

If you would like to invite Mr. Kalmandy for a master class, feel free to contact him by sending an email to info@michelekalmandy.com

You can read the feedback of some of his students here.
© Martina Root

Your can send me a message using the form below, or by e-mail to the info@michelekalmandy.com address.